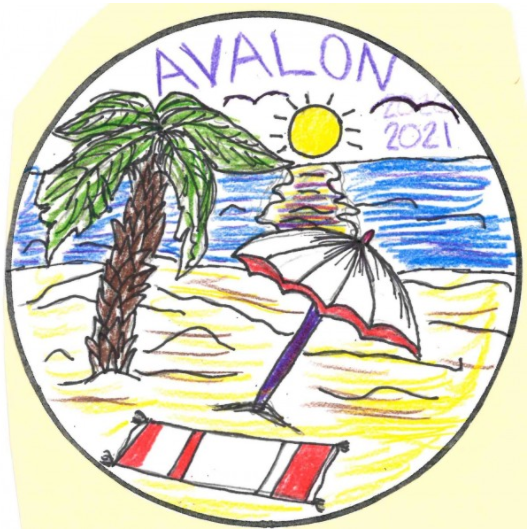 INTRACOASTAL WATERWAY DREDGING CONTINUES:  The Army Corps of Engineers announced that Barnegat Bay Dredging Company will begin dredging the ICW between buoys 419 and 421, near Nummy Island, behind Stone Harbor.  That work is set to begin this week, and dredge material will be pumped to Great Flats where it will become additional habitat for nesting birds.  That work will continue for two weeks.  Afterward the dredge will move to the area between channel markers 386 and 388 west of Avalon, pumping dredge material to Sturgeon Island, continuing a marsh restoration and enhancement project there.  That work will last about 4 weeks.

MORE SNOWY OWLS have been seen on and around local beaches in recent weeks.  The beautiful owls are mostly white with brown markings, and are native to the arctic, where they breed.  As with other wildlife, authorities caution that photos should be taken from a distance so as not to stress the owls by moving too close.

THE VARANGER, a Norwegian oil tanker, was torpedoed by a German submarine about 28 miles off the South Jersey coast according to a recent article at SeaIsleNews.com.  The anniversary of the January 25, 1942 sinking of the Varanger passed earlier this week.  Mike Monichetti, a Sea Isle local and owner of Mike’s Seafood, recalls his uncle, John Monichetti, telling him how he and his grandfather, Dewey Monichetti, spotted the fire and smoke after the Varanger was struck by the torpedo.  The pair were out fishing, but immediately proceeded toward the sinking tanker, and towed its lifeboats, loaded with crewmembers, back to Sea Isle.  Read the fascinating account here:  https://seaislenews.com/day-sea-isle-made-international-news/  By the way, if you’re an offshore fisherman, you may know the Varanger by a different name: the “28-Mile Wreck” is a well-known fishing destination today.

CURIOUS ABOUT THE WIND FARM that will be built about 15 miles off Atlantic City, but couldn’t make the earlier informational meetings?  If so, you can view all kinds of information about the Ocean Wind project, and even see renderings of what the wind farm will look like from numerous points along the beach.  Avalon’s 9th Street jetty will be about 18 miles from the nearest turbine, while Stone Harbor’s beaches will be about 21 miles from the nearest turbine.  In both cases, the turbines will be visible just above the horizon on clear days.  To view the project, click here:  https://vmr.vhb.com/v/lVjKD7JeqBb    To view the renderings, select presentation “A,” and then advance to 20:00 for the view from Avalon; the Stone Harbor view follows shortly thereafter.  As more wind farms are proposed and discussed, concerns about shipping & navigation, commercial & recreational fishing, birds & environmental impact, and their visibility from shore have brought a variety of constituencies into the conversation.

IF YOU’RE THINKING ABOUT A VACATION RENTAL, now is the time!  Rentals are booking quickly, so call or email me to get started.  If you’re a property owner, you might be pleasantly surprised at what your property can generate in rentals.  Did you know that you can rent out your property up to two weeks tax free?  If you’d like to cover some expenses, or just put a little extra cash in your pocket, please call or email me!