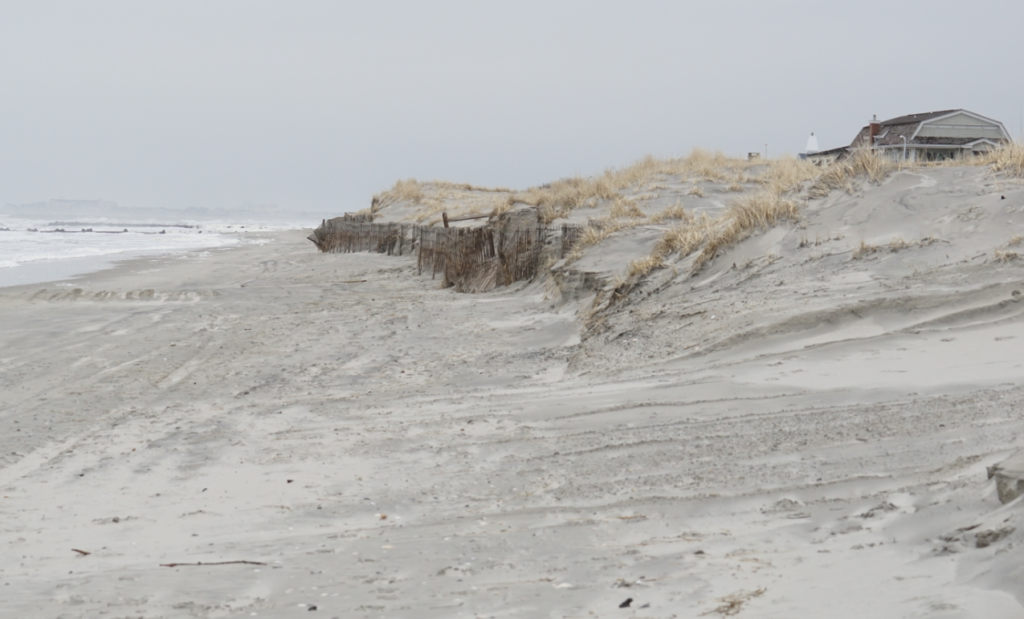 The dunes did their job during the recent nor’easter.  Although there was erosion in some areas, the dunes protected against further damage.  See below for an update on Avalon’s beach replenishment plans for the upcoming season.

SAND BACKPASSING is being planned again in advance of the 2021 season in order to restore storm-damaged beaches.  Up to 60,000 cubic yards of sand is expected to be moved to Avalon’s north-end beaches, sourced from locations south of the Avalon Fishing Pier.  The Cape May County Herald has reported that Avalon will use its own manpower for the work, but will rent heavy equipment, as it has done before.  The Avalon Boulevard Bridge is the only link to the island capable of handling the weight of the heavy equipment, but due to ongoing repair work it is not expected to be moved to the island until April, with the backpassing project to begin May 3rd.  Read the Herald article here: https://www.capemaycountyherald.com/news/government/article_e7cea21e-7062-11eb-a2a5-27203b552a5a.html?utm_medium=social&utm_source=email&utm_campaign=user-share

“IS THERE A HOUSING BUBBLE?  NO, I DO NOT THINK SO.”  -DAVE RAMSEY.  On his February 9th edition of The Dave Ramsey Show, the well-known financial expert addressed the question that many have asked.  “Is there a housing bubble? Is there going to be a drop in values?  No, I do not think so…I bought a piece of real estate last week.”  Other financial and real estate experts have weighed in on the subject, and most are in agreement that, unlike the prior housing market drop, the current market is being driven by strong fundamental demand, not overly easy lending standards.

MORTGAGE RATES INCHED UP AGAIN this past week, driven by expectations of future US GDP growth and increased borrowing by the federal government, according to Mike Mento of Prosperity Mortgage.  Despite the recent increases, rates are still at or just below 3% for 30-year fixed-rate loans, and about 2.5% for 15-year fixed-rate loans.

THE SHIPYARD CHRONICLES:  Ever wondered what it’s like to perform a major overhaul on a large ship?  The Cape May-Lewes Ferry has an interesting report posted about the overhaul of the M/V New Jersey, one of the ubiquitous ferry vessels that we’ve all seen plying the waters of the Delaware Bay, shuttling cars and foot passengers between its namesake towns.  Whether you’re a nautical buff or just enjoy interesting things, you’ll enjoy this quick look at the work being done to the ship:  https://www.cmlf.com/shipyard-chronicles-mv-new-jersey

IN JUST THREE MONTHS we’ll be starting the summer season!  The snow and cold weather will be replaced by sunshine and seabreezes–and lots of fun family memories at the beach!  Make sure you make some new seashore memories this season.  Please call or email me if you’d like to visit for a week–or if you’d like to make it permanent.