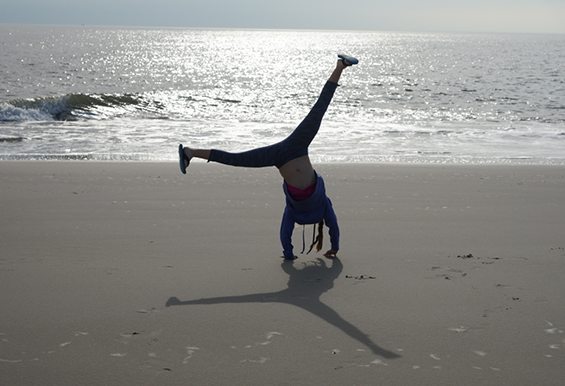 Spring is here, and that makes some of us happy enough to do cartwheels on the beach!

BEACH TAGS AVAILABLE ONLINE!  Avalon and Stone Harbor beach tags are now available for online purchase!  Tags have been traditionally sold only in person, or payment could be mailed in advance, with tags to be picked up in person.  Many have asked for the ability to order tags online, and that option is now reality!  Tag maker Jersey Cape Tags has partnered with Avalon and Stone Harbor to offer seasonal beach tags from each town via their online store.

DID YOU KNOW that there are still affordable properties in Avalon & Stone Harbor, despite the pricy reputation each town has?  Check out this week’s new listings, as well as what’s recently gone under contract or sold, down below.  Name your price range and let me help you find the perfect place!

WORLD WAR II ORDNANCE FOUND:  two unexploded artillery shells were found in a back yard in Cape May.  Local police and fire departments secured the scene, while the Atlantic City Bomb Squad was dispatched.  Bomb squad technicians removed the ordnance and safely detonated it on the beach.   Cape May played an important part in monitoring the coastline during World War II; the lookout tower on Sunset Boulevard and the remains of the gun embankment on the beach near the Cape May lighthouse are two prominent reminders of the role the city played in protecting the coastline, and the entrance to the Delaware Bay.

TIME FOR DUNE GRASS PLANTING!  Avalon’s Spring Dune Grass Planting event is just around the corner.  Volunteers are invited to help plant dune grass on Saturday, April 17th, and should report to Avalon Community Hall at 30th Street and Avalon Avenue at 8:30am.  A brief planting demonstration will be conducted, and special utensils for planting will be provided, as well as a box lunch after planting.  To sign up please contact Chuck McDonnell at Community Hall at 609-967-3066 or Sue Keen at 609-967-5924.  In the event of rain, the planting will be moved to Sunday, April 18th.

NEED A SUMMER JOB?  The Stone Harbor Job Fare is scheduled for Saturday, April 10th from 10am to 5pm.  Local businesses invite you to stop in to ask questions or request an application for employment during that time.