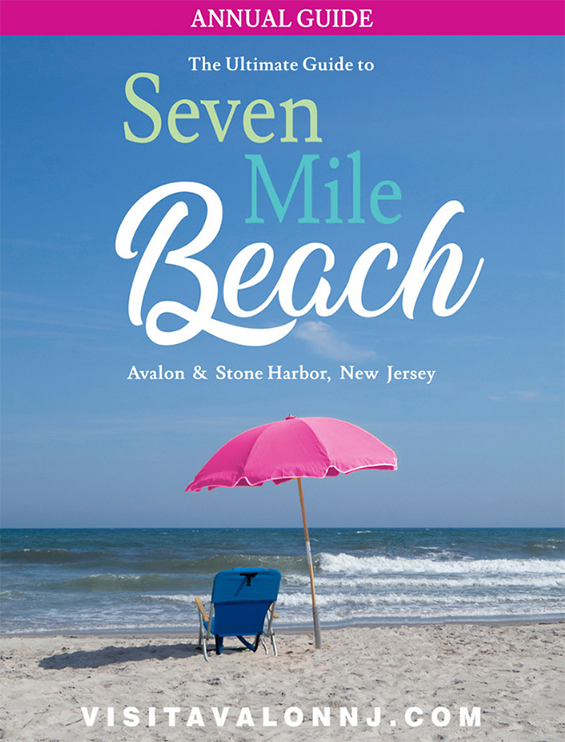 THE NEW SEVEN MILE BEACH GUIDE IS OUT!  From shops, restaurants, and other services to beach info and activity schedules, you’ll find a lot of useful information in the 2021 Guide!  Plus, it’ll inspire you to make a list of things to enjoy this summer!  Check it out here: https://view.publitas.com/seven-mile-publishing/seven-mile-beach-vacation-guide-2021/page/1

AVALON’S BEACH PROJECT is nearing completion, with more than 50,000 cubic yards of sand having been moved onto north-end beaches.  The last sand hauling was finished Monday of this week, with final grading to have occurred on Tuesday.  Thanks to favorable weather and no equipment issues, final completion is expected by Thursday, when all equipment will be off the beach, in time for the holiday weekend.

STONE HARBOR trash & recycling pickup will continue once per week, but the borough has not yet been able to increase collection to its usual twice-per-week during summer months due to a shortage of labor.

DOLPHINS ALONG THE BEACH, AND IN THE BAY!  Dolphins are back and have made appearances along the beaches from Cape May to Ocean City.  They have even been spotted in the back bay behind Stone Harbor recently!  Keep an eye out for them as you walk the beach or cruise the area in a boat.   Cape May Whale Watcher sighted a 60-foot fin whale off the Wildwood beach last week.  There are signs of abundant sea life in and around our local waters!

MORTAGE RATES–THEY’RE UP, THEY’RE DOWN:  Mortgage rates jumped up and then settled back down again as competing forces influenced the bond market over the past several weeks.  Government spending on stimulus and infrastructure led to inflation fears which pushed rates higher as investors sold bonds, but lingering Covid concerns and Fed purchases of treasury bonds and mortgage securities have held rates down again.  If inflation takes hold and Fed purchasing tapers off, rates could move higher again.  If you’re considering a purchase at the shore, take advantage of still-low rates, and lock in your mortgage cost for the duration of your shore ownership!  Need a mortgage lender?  Call or email me and I’ll put you in touch with experienced lenders that can get the job done for you!

MEMORIAL DAY WEEKEND is here!  After an unusual year (to say the least!) we’re all looking forward to kicking off some summer fun!  Make sure to set aside a moment to remember those who have sacrificed their lives to protect our freedom!

MEMORIAL DAY SERVICES will be held in Avalon & Stone Harbor on Monday, May 31st.  Avalon’s service begins at 9am at Veterans Plaza at 21st Street & Dune Drive.  Stone Harbor’s service begins at 10am at the Stephen C. Ludlam American Legion Post at 11627 Second Avenue.  A Memorial Service for Fallen Heroes will take follow at 11am at the Stone Harbor Fire Company.  There will be no Memorial Day Parades this year; they are expected to return in 2022.