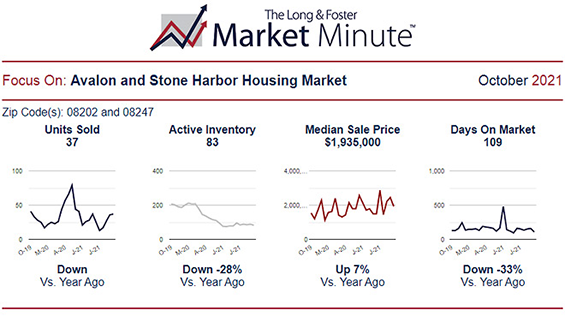 MARKET STATS:  The number of properties sold during the month of October (37) was slightly higher than September, but down compared to October of last year.  The median sale price increased by 7% over October of 2020, while the number of active listings decreased by 28%.  For a detailed look at the market, see the latest Long & Foster Market Minute report above.

LAST WEEKEND BROUGHT SANTA and the holiday spirit to Seven Mile Island!  Along with caroling, tree lightings, and holiday movies, Santa lit Dune Drive in Avalon Friday evening, and then paraded through Stone Harbor Saturday evening.  Events throughout the weekend were well attended, as were the parades; shops and restaurants saw good crowds. 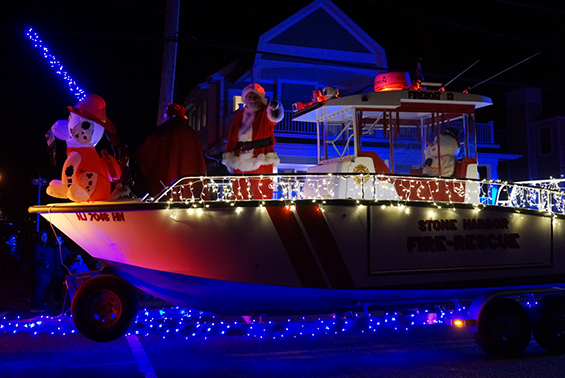 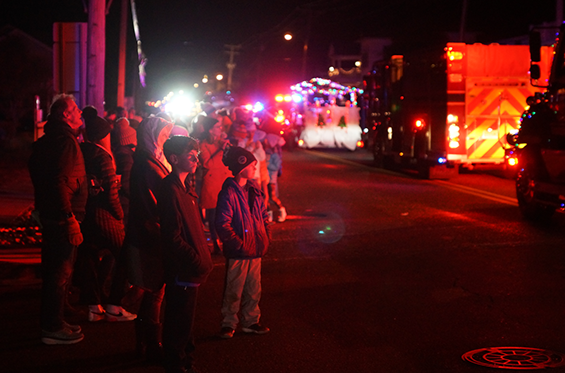 Crowds lined parade routes Friday and Saturday evenings to kick off the holidays!

US COAST GUARD CAPTAIN SEAN O’BRIEN was featured in an Atlantic City Press article for numerous rescues and awards througout his 24-year career.  O’Brien commands the Atlantic City Air Station but has also served in Michigan, Texas, and New Orleans, where he conducted air resuces during Hurricane Katrina.  Over his career he has rescued more than 300 people, and has received two Meritorious Service Medals, three Coast Guard Commendation Medals, six Coast Guard Achievement Medals, a Commandant’s Lettter of Commendation and two Air Medals, according the The Press.  O’Brien used to spend his summers in Sea Isle City.  Read the article here: https://pressofatlanticcity.com/news/local/winged-guardian-coast-guard-commander-honored-for-heroic-rescues/article_1416114a-4eed-11ec-ab65-f3f867315d16.html?utm_source=pressofatlanticcity.com&utm_campaign=%2Fnewsletter-templates%2Fdaily-headlines&utm_medium=PostUp&utm_content=73252f71683c8916582014747147094c00f91421

A WORLD WAR II MUNITION was found on the Wildwood beach last weekend, and taken to a residence by the person who found it.  Police and fire personnel responded to the residence, and evacuated the surrounding area.  The Atlantic City Bomb Squad removed the munition, which was reported to be live, and rendered it safe.  During World War II the US Military operated along the entire coastline, defending against German submarine attacks.  Police say munitions found anywhere should not be touched or handled except by qualified personnel.

SHOPPING THE SHORE this season?  It’s a great way to avoid support local businesses while avoiding supply chain issues and shipping delays elsewhere.  Here are some ideas for you:

THE ULTIMATE GIFT to your family is the gift of memories, and memories are what shore homes are for!  Ready to treat your family to the ultimate gift?  Let’s talk, and begin your search for the perfect seashore vacation home.  I’ll supply the big red bow!
New Listings: