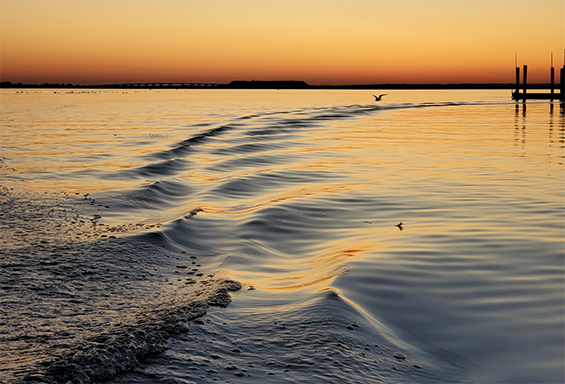 Wintertime boat rides can be just as beautiful as summertime rides…but a little chillier!

A CONCEPTUAL PLAN to replace the Townsend’s Inlet Bridge will be sought by the Cape May County Bridge Commission, which operates the bridge along with several others in the county.  In about two months the county will seek a “concept development plan” from engineering firms according to SeaIsleNews.com.  That’s the first step in a years-long process, and the eventual replacement of the bridge could cost between $65- and $167-million, depending upon the exact design and alignment of a new bridge.  The Townsend’s Inlet Bridge dates to 1939, and has undergone numerous repair and maintenance jobs in recent years.

A SEAL WAS SPOTTED last week on Stone Harbor’s beach.  Seals occasionally visit local beaches to rest after feeding or travelling long distances.  If you come across a seal experts advise staying at least 150 feet from it, and ask that you don’t post its location on social media for fear of drawing a crowd and causing stress to the animal.  Most seals return to the water after a rest period.  If you think a seal is sick or injured, call the Marine Mammal Stranding Center at (609) 266-0538. 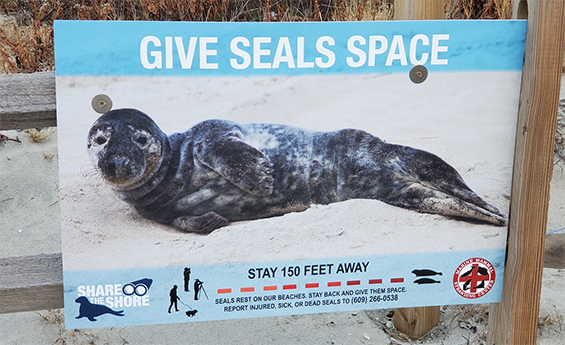 These signs appear at many beach entrances on the island.

CAPE MAY SEASHORE LINES trains will be rolling again this weekend.  Seashore Lines trains will run Valentine’s Express trains from both Richland and Tuckahoe stations.  The 75-minute excursions on vintage rail cars start at $19.95 for adult tickets aboard historic Budd Rail Diesel Cars, but upgraded options for BYOB seating aboard luxury lounge and observation cars are also available.  All CMSL trains operate on the same trackage that once was the primary means of transportation to and from the South Jersey shore points.    Visit https://www.seashorelines.org/ for details.

CAPE MAY COUNTY CLERK Rita Rothberg reported a record number of property transfers during 2021 according to a recent Cape May County Herald article.  14,076 properties transferred last year according to the article, 2,000 more than any other year since 2005.  15,222 new mortgages were recorded–the most since 2006–thanks to low interest rates.

THE STONE HARBOR SHIVER Polar Plunge is on for Saturday, March 19th!  The weekend event will kick off Friday evening, March 18th, with a pre-Shiver party at the Stone Harbor Yacht Club, then Saturday’s events get underway with “Kegs & Eggs” at Fred’s Tavern at 10am.  At noon the Shiver Parade marches down 96th Street to the Women’s Civic Club parking lot, and a 1pm the canon will sound so plungers can hit the water.  In case you’re wondering, the ocean water temperature is about 40 degrees…making this a very appropriately named event!  Tickets and registration details will be available later this month.

DO YOU NEED A WEEK AT THE BEACH?  Or do you want to make it more permanent?  Either way, call or email me so we can find the perfect place!
New Listings: